Holiday Sale 🚀 Get Up To 50% Off Sitewide

Have you ever wondered why your knives feel dull and lack the sharpness you so desperately want? It could be that they're simply cheap knives, but it's more likely that you're just not using the right technique or taking the proper steps to sharpen them—if you're sharpening them at all. 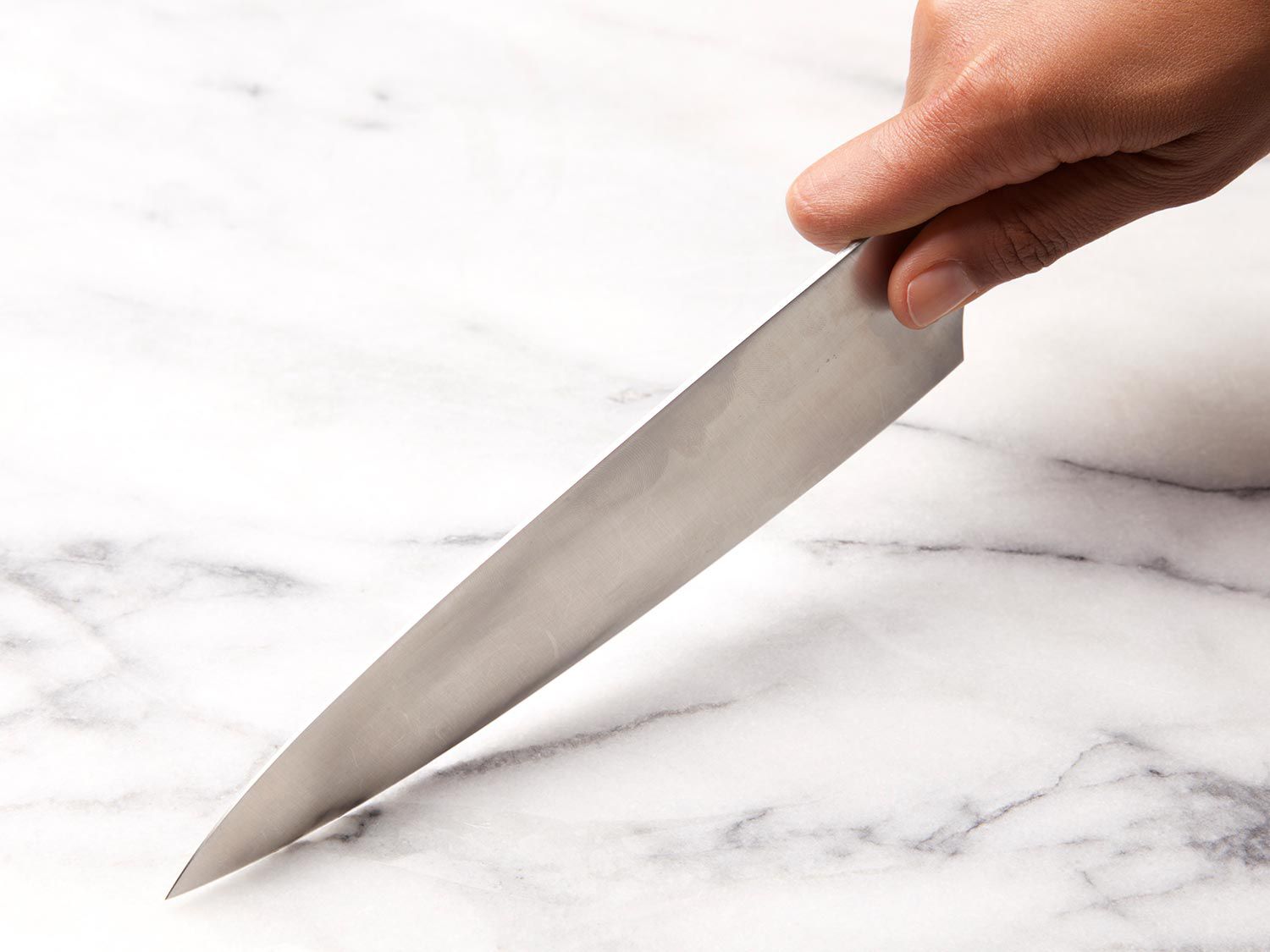 Here are some tips and tricks to boost your knives' performance:

Let's start with the basics. How do you even know if your knife is dull in the first place?

Some people are so used to using dull knives that they don't even realize they need sharpening. To ensure you're not putting more effort than needed into your cutting tasks, we must run a paper test. This test will tell us how dull your knife is and, more importantly, how much sharpening it needs.

What we're looking for is a razor sharp edge that will split whatever it meets—in this case, the sheet of paper. 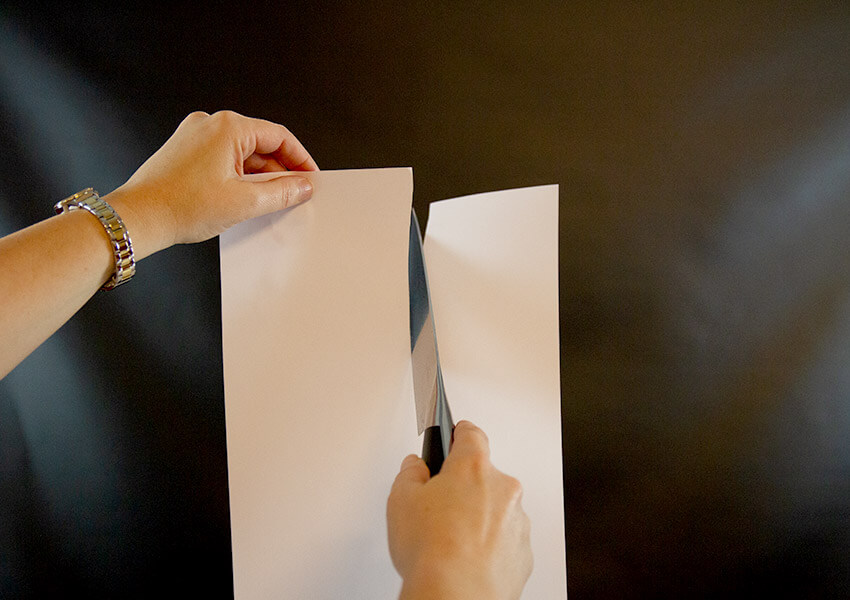 To perform this test, hold a sheet of paper by one of its corners with your non-dominant hand, and the knife with your dominant hand. Holding both of them this way, press down the knife against an edge of the paper in a slicing motion. The resulting cut will indicate the knife's condition: It can be tempting to overcomplicate the sharpening process—after all, we all care deeply about our knives and don't want to harm them.

However, it's almost impossible to do irreparable damage to your knife when sharpening them with a whetstone (whetstones are highly recommended). The most damage you can do is angling the knife too flat and scratching its side, which would affect its aesthetic but not its ability to perform.

The correct sharpening technique consists of:

3. If you've never sharpened a knife before, start with a paring knife

It's easier to handle a shorter and lighter knife, such as a pairing knife, than larger knives. That's why it's recommended to practice with a pairing knife before moving on to bigger game. With that being said, don't get daunted—it's really not that difficult to sharpen knives but it's always good to play it safe when starting out. The most common mistake people make when sharpening their knives is not putting enough pressure. It's normal to want to be careful and take care of each piece, so it's not a surprise this happens so often.

The takeaway is simple—whatever pressure you think is suitable, add a little extra. Your knives will thank you later.

5. Use The Right Grit Level

Make sure that you're using a whetstone whose grit level is suitable for your knife's condition.

The grit level determines the coarseness of the stone. Whetstones with lower grit levels are more course, so they will shed off more metal from the blade to quickly regain the edge. If the grit level is low, then the whetstone will act more like a polisher that will slowly give shape to the knife's edge. What Whetstone Should You Have?

If you're looking for a whetstone to sharpen your knives, we recommend the Toishi Whetstone Sharpener. It's a dual-sided whetstone that features two grit levels in one, so that there's more versatility when it comes to taking care of your knives.

We may be a bit biased but, objectively, it's a high-quality whetstone that gets the job done.

What Kitchen Knives To Buy | 3 Tips From A Master Chef

How To Make 6 Types Of Cuts | From A Professional Chef